The EU has issued a decision on the final ratification by the EU Council of the EU-Ukraine Association Agreement that ultimately completes all the requirements related to the approval process. The text of the decision was published in the Official Journal of the EU. As per the EU laws, a decision gathers enforcement from the date of its approval.

The EU Council approved the Association Agreement with Ukraine and the EU on July 11, thus the European Union finally completed the ratification of the Agreement. It is expected that the Agreement would be fully applicable effective from September 1, 2017.

It is worth mentioning that it took full 10 years to complete the process of ratification of the Association Agreement between Ukraine and the EU. The main text of the Agreement was completed in 2013, but its signing took place in 2014 - after the Revolution of Freedom and Dignity and fleeing of the tyrant Viktor Yanukovich’s to Russia.

During the three years, that is, between 2014-2017 the Verkhovna Rada, the European Parliament, as well as the national parliaments of all EU countries, ratified the Agreement, thus concluding the long-winding process.
The 19th EU-Summit begins its two days high-level meeting and bilateral conference in Kyiv on Wednesday, 12th of July. 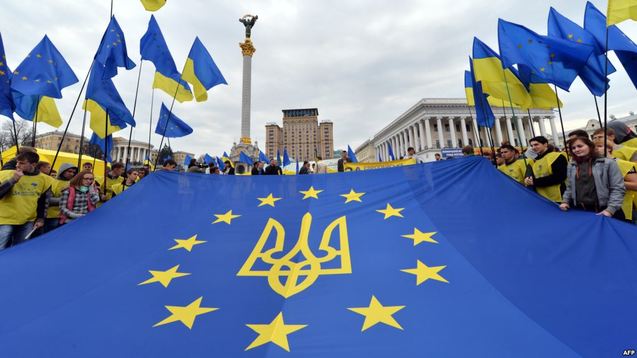 The Public budget of Kyiv

The second edition or the part II of Public Budget has already brought together about 7,000 active residents of Kyiv and the number is growing.

The end of the week would see the finishing of the deadline for submission of projects to the Public Budget-2. The unique city administration initiative aims to bring in innovative, creative and functional projects from Kyiv residents itself which would make the people directly involve themselves with the public-related aspects of city affairs. The projects that receive the highest support, ranking and public backing would be either wholly or partly financed by the city budget and implemented at expense of Kyiv city administration and completed over the following year.

One can submit the project online by 24:00 on July 15, 2017. This was emphasized by Gennadiy Plis, the first deputy chairman of the Kyiv City State Administration, at the traditional daily press briefing.

"We expect the last week to be most active in terms of the number of the projects submitted. I remind that 100 million UAH is foreseen for the realization of public projects next year ", - said Gennadiy Plis and called on citizens to submit the projects more actively, and requested Kyiv residents and citizens to get energetically involved in the preliminary collection of signatures on the site. 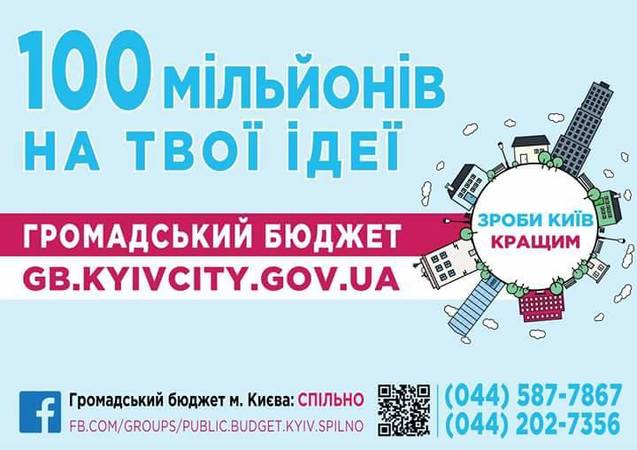 As on the afternoon of Wednesday 12th of July, 2017, the initiative oriented active citizens and residents of Kyiv have already submitted more than 200 projects for being funded and financed from the Public Budget of the capital.

The active and concerned residents of Kyiv pay the greatest attention to the upkeep, arrangement and maintenance of their hometown. It is not surprising that a significant percentage of the proposals submitted fall in the category of "culture and tourism".

Since KyivArtBus is mobile, it can move around the city and stop for master classes in any selected region or convenient area like - parks, squares, schools, historic places, the interiors of the city or even the outskirts of Kyiv.
Another big advantage that the mobile Bus provides is that during the cultural and entertainment events in Kyiv (and in the Kyiv region), KyivArtBus can be easily integrated into the celebration program and become a colorful part of the festival. 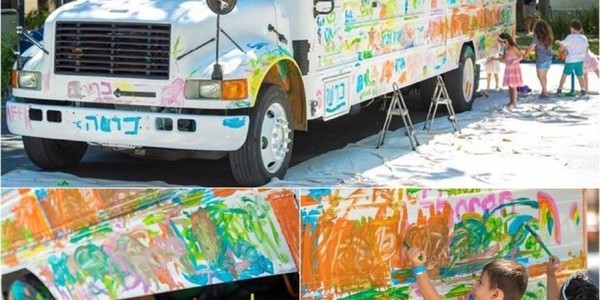 From Wednesday, 12th of July, Ukrainian entrants may start filing electronic applications for admission to higher education institutions. The applicants must be submitted solely in electronic form only. This provision has been made mandatory from this year onwards. Few students that have been specially permitted by the ministry of education are exempt from compulsory online submission of application. They can do so in the paper form.
The electronic application and all necessary documents can be submitted through the personal electronic cabinet at ez.osvitavsim.org.ua. The registration of electronic cabinets began on 29th June and will last till 18:00 hours on July, 25th. One can submit documents by 18:00 hours on 26th July.

At the same time, entrants who must pass the creative exams or have been allowed exemption from the external independent assessment (EIA), but on the basis of examinations - must apply before 18:00 hours on 20th July. One can apply on the basis of current and previous year’s (2017 and 2106) EIA. Each entrant can submit nine applications for up to four specialties.

"It can be either application for a single university or nine applications in different educational institutions. We are giving the choice of applying to students, which is based on specialties and not on higher educational institutions so that children are professionalized and carefully chose the specialties they want to study," said the Minister of Education and Science Lilia Grinevich.

The list of candidates selected on the basis of interviews and quotas would be officially announced on 24th of July. Admission process of applicants through EIA would be completed by 1st of August. Enrollment recommendation for those to be admitted on state cost would be done by 07th of August and the last date for students to be admitted on contract basis would be 30th September.

One of the main features of this year's admission process would be the consideration of coefficients - regional, sectoral and rural, which is a new attribute and important rational addition to the whole process. 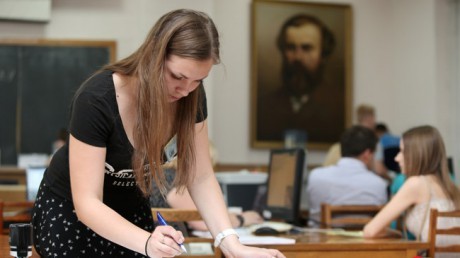 Also, the airline is scheduled to increase the number of flights to the most popular destinations.

Wizz Air will increase operational activity in Ukraine in 2018 and will add new flights, Owen Jones, the chief corporate director informed during a press conference.

From April 2018, the company will add the third Airbus A320 to its Kyiv base at Kyiv airport (Zhulyany) and launch two new routes from Kiev to Lisbon and Tallinn.

Also, the company is set to increase the number of flights to the most popular destinations. Next year there will be 11 additional flights a week from Kyiv within the framework of the summer schedule.

From April 19 next year, flights to Lisbon and Tallinn will be operated three times a week. The price of tickets in the Portuguese direction - from 1149 hryvnia, in Estonian - from 719 hryvnias.

It is noted that these steps will lead to additional investments in the Kyiv operations of the company to the amount of almost $ 300 million, as well as an increase in the number of seats for more than 1.5 million passengers ( a 97% increase compared to 2015). 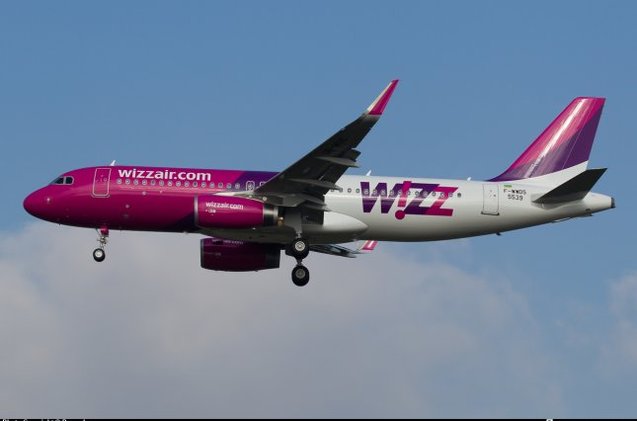