A crisp, summarised account of "Five important, significant and leading News that are connected and related to Ukraine".  These brief news paragraphs show and illustrate positive things, events, and happenings occuring in Ukraine. Every Saturday morning you would receive Five interpreted, analysed and summarized news items on or about Ukraine that would have happened over the week!

The European Parliament voted for the visa-free regime with Ukraine

After years of long wait, long-drawn decision making and all sorts of zigzag pattern of progress and movement, Ukraine on 6th of April, 2017, received the good news of positive decision from the European parliament which passed a legislative resolution that has put Ukrainians in the list of third country nationals for whom the visa requirements for short journeys have been abolished.

The Resolution was supported by 521 MP, 75 voted "against" and 36 abstained. Next step in the process that would grant Ukraine visa-free regime is the approval of the EU Council in two stages - at the ambassadorial level and the ministerial level. Following this the document would be signed by the President of the European Parliament and representative of Malta, who is the current chairman of the EU Council. The decision would come in to force after 20 days of publication. It is expected to take two months to complete all the remaining formalities and procedure. Thus, it is believed that the Ukrainians will be able to travel freely to the EU member states except the UK and Ireland June 2017 onwards.

Good riddance! Half dozen such other Russian banks operating in Ukraine too should pack up their bag & baggage and give Ukrainians peace and space (as many of these occupy prime central locations mostly obtained illegally in the times of Yanukovich in 2010-11).

The management of Sberbank has decided to shut its shop and move out of Ukraine because there are accusations doing round that Sberbank and other such Russian entities that are still operating in Ukraine, even after three years of Russian aggression and forced occupation, are implicitly or clandestinely funding and financially supporting the terrorists/extremists that are waging war in the Eastern regions of Ukraine.

Knowing the repercussions of doubtful activities in which these banks have been engaged would be severe and monumental the banks have hurriedly decided to exit Ukraine. It is also to avoid any troublesome situation which is likely to occur because of the rising anger and wrath of average Ukrainian who considers such Russian entities as notorious symbols and reminder of Russian attack on Ukraine that has already taken more than 12,000 innocent lives. To make matters worse the mayhem, terror and killings by Russian continue with daily loss of innocent Ukrainian lives. So for Ukrainians it is incomprehensible that how such Russian banks and companies are still allowed to function, siphon money, aid terrorists/extremists when their army is killing innocent Ukrainians daily. Following Sberbank’s exit it is expected that all Russian banks and companies operating in Ukraine would wind-up their operations and go back to their Putinstan or Putinland.


Big army exercise with most modern weaponry to happen in 2017

To make its army potent, competitive and sophisticated and a force to reckon with the military top brass of Ukraine is planning a massive ground to air exercise involving thousands of soldiers and officers. Such an exercise would equip the army with latest warfare skills and master techniques that would enhance ‘battle-readiness’ and develop the capacity and capability to use latest and most modern armaments. Ukrainian army would carry out massive training camps and skill development exercises with the precision engineered, sophisticated missile system and artillery S-300P. The ground exercise is being done after a long break and was had been due since long.

These exercises would allow Ukrainian army to defend its air space against enemy attack and be ready to give a fitting reply to any incursions, aggression by enemies, Russians and Russian supported terrorists/extremists.

Sanctions against Russia would continue and remain in force until full implementation of the Minsk Agreement – Ambassador of Germany.

The Western world sees no reason for lifting or easing the sanctions imposed on Russia, until Russian side implements the Minsk agreement was how German ambassador Ukraine Ernst Reichel,  commented while speaking to the media on 6th of April in Kyiv.

As informed by Volodomyr Omelyan, Minister of Infrastructure, a meeting was organized between the Executive Director of Posco and ministerial team last week at Kyiv. The Korean representative was highly pleased with the developments occurring in Ukraine in the field of electric vehicles. He positively appreciated the efforts being put up by Ukraine in this direction and assured of Korean partnership and likely collaboration in such ventures. To move matters further, a high level delegation comprising senior executives of the Daewoo Posco group would visit Ukraine in near future. Their mandate would be to explore the possibility of setting up manufacturing unit(s) of electric vehicles in joint collaboration with Ukraine and Korean company. 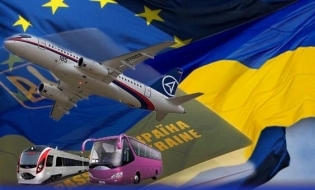