Five best news of or about Ukraine over the week ending Friday 14.04.17 (2nd of the weekly edition)

Five best news of or about Ukraine over the week ending Friday 14.04.17
(2nd of the weekly edition)

Olga Shevchenko, a Student of Kharkov school №45 won the European competition of mathematics in Zurich. This was reported by the organizers on the official contest page of the Olympiad’s on Facebook.

Olga Shevchenko was happy to share the first slot along with another student - Qi Qi from the USA. The girls scored 42 points each and were declared joint winners. Hundreds of students from various countries like the UK, USA, Serbia, Hungary, France, Bosnia and Herzegovina, Saudi Arabia, Kazakhstan, Russia and many more had participated in the event. In the ranking of countries, Ukraine attained the IIND place, behind the USA but ahead of Russia which came third.

The Government of Ukraine, as a measure to encourage the development of electric vehicles in the country, has decided not to levy VAT and excise on the import of electric cars and the charging stations for them temporarily for five years.

"For rapid market development and product penetration, we plan to temporarily till January 1, 2023, exempt from VAT and import duties the supply of electric vehicles and their charging stations", - said the Minister of Infrastructure Mr. Vladymyr Omelyan.

Eurovision-2017. Russia officially refused to participate in the competition and would not broadcast it either

The information has been confirmed by the organizers.

The European Broadcasting Union has officially confirmed that Russia will not participate in Eurovision-2017. The corresponding statement was published on the web-site of the music competition.

Representatives of the organization said that "they had been trying to find a solution that would have allowed Russia to take part in the event."

Two alternatives were proposed to the Russians. First, the Russian singer Julia Samoilova was given the choice to participate via video telecast at the time of the show. Second, the members of the organizing committee proposed to replace the actor with another one.

"Unfortunately, Russian side rejected both the offers.” That’s how the organizers summarized Russian response. This means that Russia will not participate this year “though we would have been pleased with their participation in Eurovision 2017, which is to be held in Kyiv, Ukraine”, further read their statement.

92% of citizens of Ukraine consider themselves ethnic Ukrainian, according to a study by the Razumkov Center. 6 % are ethnic Russians and the remaining 2% comprises of other ethnic groups.

Since independence August 1991, this is the highest rate recorded about the own nativity and self-determination as an ethnic group by the Ukrainians. The annexation of Crimea and the war by Russians in the Donbas region accelerated the process of Ukrainians clearly expressing and describing their ethnicity and nativity, say the sociologists.

These studies will influence the political rhetoric and the orientation of political parties, political analysts feel. A majority of the political experts and sociologists unanimously asserted that the days are numbered for the ‘pro-Russian’ oriented political parties. The Russian annexation and attack on Ukraine have grossly diminished the electorate and the support vote of these parties.

The survey was conducted by the Razumkov Center from 3rd of March to 9th of March 2017. It was carried out in all the regions of Ukraine except Crimea and the occupied territories of Donetsk and Lugansk regions. Altogether 2,016 respondents aged 18 years and above were covered in the polls.  The error margin of the survey does not exceed 2.3%.

Today is “The Good Friday”. Catholics and Orthodox Christians around the world mark and commemorate the Holy Day. My greetings and Best Wishes to all on the pious occasion of the Good-Friday! 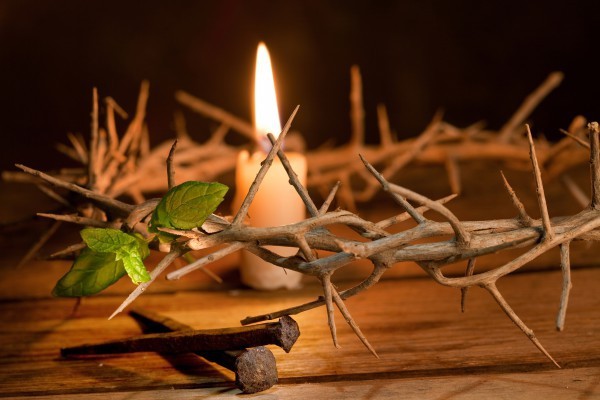