Five best news of or about Ukraine. 5th Edition

The 5th of the series of interesting news, views, and events on and/or about our beloved Ukraine.

One of the most beautiful cities of Ukraine that still retains its old world charm and architectural grandeur and spell-bounding splendor is celebrating its 761 day of foundation. The celebrations would take place are traditionally at the central Market Square of Lviv. The visitors, local residents and all who happen to be at Lviv till 10th of May would be entertained by performers from Lviv, Kyiv and Poland. Simultaneously there would be delightful festivals of music, dance, and gastronomy. In all, there would be a full carnival-like fun, excitement, and environment as more than hundred different events have been planned and scheduled to mark the historic day. 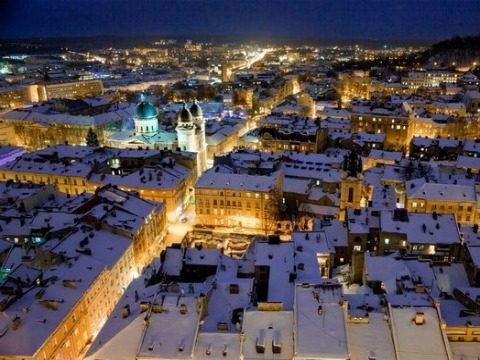 The final of the premier football league championship of Ukraine was held in Kharkiv. The match was played between the miners “Donetsk” and Zorya from Luhansk. Shaktars sporting the "Orange and black" outfit easily coped with the task of getting better of their rivals, winning with a score of 3:2.

Victory in this year’s most important soccer tournament of Ukraine took the tally of Shaktar’s to 10 wins, which is still short of the record 15 titles by Kiev "Dynamo" in the Ukrainian soccer premier league. 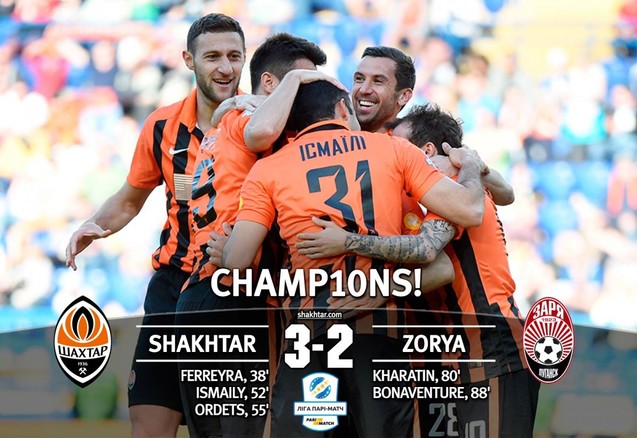 In Kiev, May 8 start operating river tram to the "Eurovision"

As an attractive feature and additional tourist attribute during the "Eurovision", the first float and ride of the river tram would be flagged off on 08th of May at 19:00 from the Postal Square (Poshtova Ploscha). It would connect downtown Kyiv with the venue of the Song Contest "Eurovision", ‘The International Expo Centre’, near the metro station "left bank" (Livo-berezhna). The information was disseminated by the press service of Kyiv City Administration.

The river tram will run from berth/platform number 10 at River Station (Postal Square) Pier "Mykhilska Slobodka" (near the International Exhibition Center). The first ride will take place on May 8 at 19:00 of the Postal Square. The tickets cost 50 USD for one way ride and the return fare has been priced 80 USD. Accredited/authorized persons and fans with tickets of "Eurovision" would be able to board the river tram for free. The timetable/schedule of the river tram can be found at the following site: kievcity.gov.ua

The ‘National Bank of Ukraine has introduced commemorative coins of 5 Hryvna to mark Eurovision 2017, Kyiv

The National Bank of Ukraine on May 11 will put into circulation a commemorative coin, dedicated to the 62nd Eurovision Song Contest 2017 in Ukraine informed the press service of the National Bank. The commemorative Coin "Eurovision Song Contest-2017» is made of nickel silver and is of the denomination of 5 Hryvnia. The price of the coin has been pegged at 46 Hryvnas (for its value as a souvenir and memento). 40 thousand such coins would be sold/distributed.

The commemorative coin features a grayish with a stylized composition: panorama of Kyiv, which depicts the Archangel Michael on the obverse. The coin depicts the official logo and slogan of the Eurovision Song Contest 2017.

The coins will be available for online ordering from 05th to 15th May. To ensure that coins reach maximum people restriction of one coin per person has been applied. The ordered coins would be delivered to the concerned persons from 17th of May onwards. 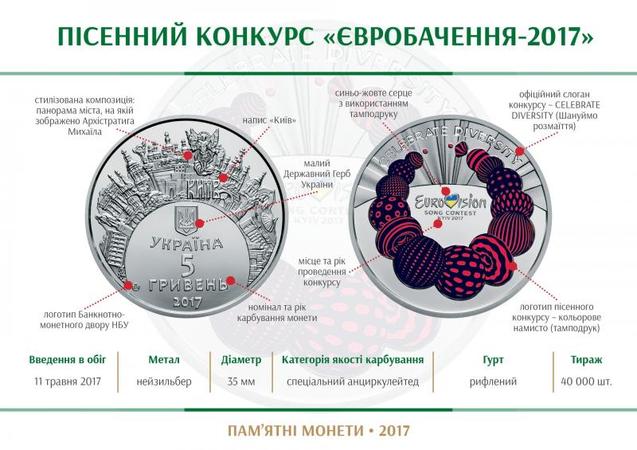 Katherine Kryva, a resident of Lviv won the “gold – medal” in the weight category of 50 kg won "gold" in Karate at the European Championship held at Izmir, (Turkey. Our Karate girl defeated her German rival by a score of 8:1
Another Gold medal was won by teammates Anita Seregina, Anastasia Myastkovskoyi, Angelica Terlyuhy and Katerine Kryva. In the round-robin playoffs, they defeated Macedonia (2: 0), in the second - the strongest teams France (2:1) in the third round of the national team of Austria (1:1, with the difference in point’s estimation). In the semifinals, Ukrainian won 2:0 in the Slovenian athletes in the finals defeated Turkey.

The performance of our girls in the European championship of Karate is praiseworthy as the points gathered by national teams over various championships would decide the participation in the Olympics to be held in Tokyo, Japan in 2020. 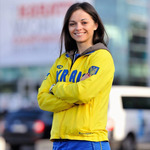