The year 1994. For the first time in its history, Ukraine participates in the Winter Olympics in Lillehammer (Norway) as an independent state. Not hoping much for high achievements — our young country hasn’t yet built the solid team base in winter sports — we did win 2 Olympic medals: bronze in biathlon (Valentyna Tserbe) and gold in women's figure skating (Oksana Baiul).

I remember how proud I felt for my motherland Ukraine and how happy I was for the fragile 16-year-old athlete in a pink dress, whose tremendous success burst into sincere tears while standing on the sports podium and accepting her gold medal.

23 years have passed since then. Life was throwing the new Olympic gold medalist many lemons but she kept on squeezing lemonade out of them, overcoming all the obstacles appearing on her way with dignity. The life journey has turned Oksana into an experienced Empress of Ice, leaving the image of a naive girl behind.

A turning point in the figure skater’s biography was the car accident, followed by her treatment of alcohol addiction caused by “slavish” work in multiple ice shows and being surrounded by older athletes who saw no problem in drinking spirits, often encouraging Oksana, who was a minor at that time, to drink alcohol before the shows in order to eliminate tension. Finally, it was impossible to carry on living like that. The time to change her destiny has come.

Fortunately, the Olympic champion managed to fight alcohol addiction, but she was not ready for the amount of dirt that was poured on her shoulders by nasty world's media, feeding of scandals and drama. Later, in one of few interviews, Oksana confessed: “Olympic Gold changed me and my life dramatically. I became a celebrity overnight and people see me as a famous skater, not a real person”.

Then lawsuits against her former coach Galina Zmeevska, manager Joseph Lemir and ice show partner Victor Petrenko followed, together with charges of them assigning money earned by the young star skater Bauil as a headliner in Champions of Ice shows held by Tom Collins.

Nevertheless, financial frauds were not the most vicious acts committed by those whom she trusted at that time, deception was buried much deeper. Oksana was intentionally misinformed about her father’s destiny. She was told he died long ago, in fact, he was alive and tried to get in contact with his daughter. Not earlier than two months after the truth was revealed that the figure skater was able to meet her dad. Signed contracts with Stars on Ice show stood in the way of them meeting earlier. Anyway, the epic event in the lives of two close people happened in 2003 on the skating rink of SC “Meteor" in Dnipropetrovsk, Ukraine. It was then when Oksana got to know her paternal grandmother. The granddaughter was taking care of the old woman until her death a few years ago.

In 2010, Ukrainian ice icon made an attempt to return to her motherland with intentions to become a coach and eventually establish Oksana Baiul’s school of figure skating. However, these ambitious plans were not destined to be fulfilled. The embrace of the Ukrainian government and Ukrainian sports officials turned out to be cooler than expected for the country’s first Olympic champion. All expenses tied to Oksana’s arrival, accommodation and performances were supposed to be covered by the Ukrainian side, but, on the contrary, the legend of Ukrainian figure skating paid for everything herself and did not receive any reimbursement on this matter. The last straw that broke the camel’s back during a failed trip to the homeland was the theft of her Louis Vuitton purse with initials OB (Oksana Baiul). Later, Oksana recalled about the idea of returning to Ukraine with bits of irony: "Several times I tried getting the support of the NOC of Ukraine, Sergei Bubka couldn’t find even 15 minutes in his schedule to meet me. However, after I returned to America, on behalf of the Dnipropetrovsk SC Meteor, I received the Honorable Thank Note from the NOC of Ukraine, signed by Bubka. That was the way they thanked me for my contribution to the development of the Olympic movement in the country. "

Bottom line, as the first Ukrainian president Leonid Kravchuk used to say: "We have what we have." It's not possible to change the past, but one can learn from their mistakes and carry on with life. That's exactly what the most skilled skater of the world did.

So what is happening in the life of Ukrainian figure skating legend now? Has her American dream come true? I tried to "draw" a portrait of a 40-year-old Oksana Baiul. Using my Sherlock Holmes deduction skills, I managed to find some interesting facts about her today’s life.

Fact #1: Oksana is happily married to an American producer and philanthropist of Italian origin, Carlo J. Farina. He became a Pygmalion for his beloved Galatea. Together they are in the process of creating a new theatrical ice show "Empress of Ice", its official release is coming in a few months. The name for the ice show wasn’t randomly chosen—the "Empress of ice" is the official nickname of Oksana Baiul-Farina. Permanent residency live show will be held in Las Vegas, at one of the entertainment venues. Official announcement, dates and exact location to be announced.

Another interesting project of the couple is coming in November 2018. It will be the seventh film in the list of movies Ukrainian legendary figure skater starred. The official name of the motion picture is "Sonja—Queen of Ice. Sonja Henie’s True Story ". It is dedicated to the prominent figure skater of the early twentieth century, the three-time Olympic champion in women’s figure skating, who left amateur sports at the age of 24 and built a brilliant career in Hollywood. The similarity with Oksana Baiul is obvious.

Fact #2: Oksana loves dogs of the Chihuahua breed. There are at least two cute creatures in her estate: a girl named Empress Alexis Marie Farina and a boy-Zar Louis Farina. They frequently appear on Baiul’s Instagram page. Recently, she joined the initiative to close nurseries for breeding puppies by wearing a T-shirt # 6491—Twitter hashtag #nopuppymillsLasVegas.

Fact#3: Oksana proved to have quite a good aptitude for business. She founded her own brand of sportswear and figure skating accessories with prices being rather affordable according to the USA standards. For example, a T-shirt with a picture of a famous figure skater can be purchased for $ 25, a personalized postcard with Baiul’s autograph costs $ 50, women's figure skating dresses are sold for $120-$130. All the money earned by selling sports clothing is going to charity: Oksana supports promising young figure skaters who can not afford training on ice rink themselves. Empress’s of ice heart definitely isn’t made of ice. She generously donates money for charity funds helping sick children and orphans both in USA and Ukraine.

Fact #4: in 2014 Baiul supported the Ukrainian Revolution of Dignity. She even agreed to interview for Entertainment Tonight on the CBS channel, provided she was given the opportunity to talk about the struggle of the Ukrainian people against corruption and express her attitude towards the dramatic events unfolding in the center of Kyiv, but Oksana's views on Maidan did not reach the viewers. Her words were twisted and cut out, and once again, journalists depicted her in the framework of “a good-bad girl"—anything in order to get high ratings and attract a wider American audience.

Infuriated by yet another deceit, she wrote a letter to CBS. It is a very emotional message and, in my opinion, it shows Oksana’s determination to never tolerate lies and her refusal to put up with the injustice of any kind. The letter ends with the words: “My advice to the new gold medal winners is to trust nobody and especially not talent agents, accountants, coaches or Entertainment Tonight. God bless the newly crowned gold medal winners and God bless the people of Ukraine.” You can find the whole text of the letter on her official website: oksanabaiul.com.

And finally, fact #5: skating celebrity does not shy away from anything humanlike

she rejoices like a child when husband gives her flowers, especially her all time favorite roses (Oksana also likes aloes and chrysanthemums); she loves shopping, her favorite fashion brand is Chanel; to stay in excellent shape prominent figure skater starts her day at 5 o'clock in the morning and goes to the gym, swims, does a jogging session or ice training, sometimes plays tennis.

And most importantly, Oksana Baiul is no longer afraid of criticism directed towards her. She is one of Donald Trump's few well-known friends. On the day of his inauguration, together with her husband Carlo J. Farina they hosted a special celebratory breakfast for friends. Not everyone liked it, but Oksana does not betray herself and has the courage to say whatever she thinks. By the way, sometimes, in her English posts in social media one could point out grammatical mistakes, however, the titled champion does not care much for remarks of snobby “grammar police” representatives. It’s been awhile since Baiul shedded a modest Cinderella dress and put on an outfit of a confident  Empress on skates. Empress on skates.

The only thing left to say is to wish the Pride of Ukrainian figure skating success and fulfillment of her dreams. Let her words become prophecies: “I don't want people to think of me as the Olympic Champion girl. I want them to remember me for my artistry.” 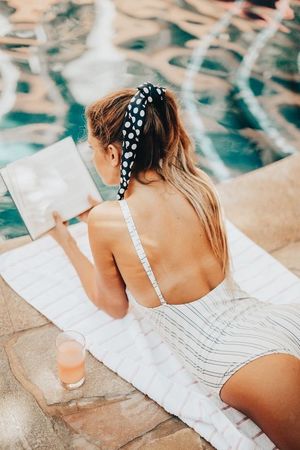 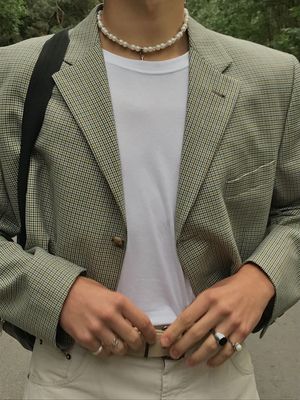 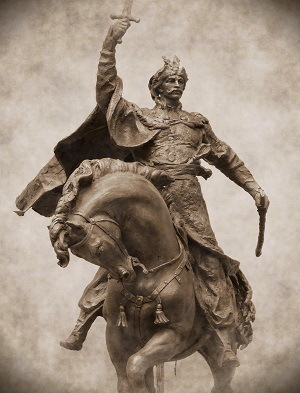