Jazz, ballet and basketball - 50 most interesting versions of "Shchedryk"

To select fifty original version of Carol of the Bells, the Bandura Style project team reviewed about a thousand of videos. It is difficult to imagine, which people’s song has gained the same popularity in the world as "Shchedryk", which is now celebrating its centenary.

Our Leontovych - a composer, who wrote the masterpiece, which leitmotif consists essentially of the three notes (!). Imagine, the Ukrainian created a song, which is sang by the whole world, and musicians are never tired of producing more and more versions. 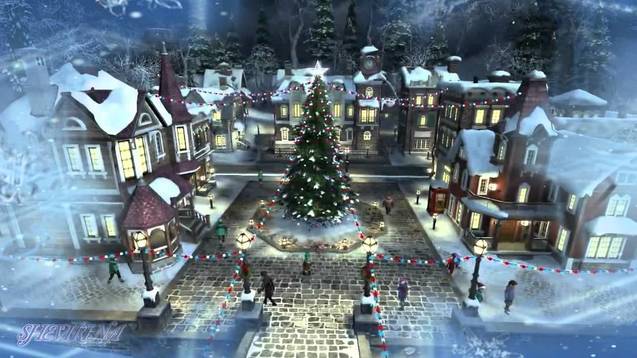 After several days of continuous "merry, merry, merry, merry Christmas" and "pryletila lastivochka" (Ukrainian, little swallow flew), we have finally gone crazy made up our minds and compiled our own list of the most interesting versions of the world famous Ukrainian carol.

The holiday list is headed by Shchedryk’s record of the Soviet Ukraine times sang by the academic choir chapel "Dumka", which laid the basis of professional choral performance and a cappella singing in Ukraine.

And this is how the first record of "Shchedryk" goes made in 1922 in New York, performed by the Ukrainian National Choir under the direction of Oleksandr Koshyts.

One of the favorite Christmas cartoons of many Ukrainians has become the work of Stepan Koval in the genre of clay 3D-animation. "Shchedryk" sang by Oleg Skrypka and Le Grand Orchestra has become the tone row of the cartoon, which was created with 150 kg of clay to 100 kg of salt.

The organizer of "Country of Dreams" ethnic festival Oleg Skrypka and "Vopli Vidopliasova" band sang the ancient ritual Ukrainian song equally colorful, and filmed a bizarre music video based on the Ukrainian Christmas-crib.

A version of "Shchedryk" appeared on the network on the Christmas Eve, filmed in unique interiors against the background of ancient frescoes and mosaics of St. Sophia Cathedral.

Tina Karol, a singer, performed the Ukrainian carol along with the children's choir.

All but the lazy wrote about a cover of "Shchedryk" from the Pentatonix band. The band became famous in its time thanks to Youtube service.

This version of "Shchedryk" has got its followers, among whom – the Ukrainian girl’s quartet Mordent.

If a woman's voice fills the carols with Christmas ringing, the man’s one - returns to the original sources.
A genuine and sincere performance of "Shchedryk" by the ATO volunteers:

A version from the American band Straight No Chaser:

And from the vocal sextet Mansound:

If there is a one-man band, there has to be a one-man choir:

Speaking about Ukrainian artists, ROCK-H band from Zakarpattia is worth mentioning, who created a great author's version of "Shchedryk" in 2011.

Another original version from Svitlana Tarabarova accompanied by shots from the favorite cartoon "Once Upon a Time There Lived a Dog":

Santa Danelevycha, a participant of "X Factor-5" show, has given a sensual performance of "Shchedryk:
A version of the Christmas carol from the young participants of "The Voice. Children" show:

"Shchedryk" acquires angelic purity and light in performance by children. Performance of the children's choir at the "Our Christmas" festival:

Performance by the boys’ choir of St. Paul's Cathedral in London:

In 2013, the Vilnius Choir Bel Canto recorded "Shchedryk" in Ukrainian to support the participants of Euromaidan.

The choral bands sing "Shchedryk" most often, since this way the Christmas carol sounds most naturally and fully. This is probably the greatest choral and orchestral performance of the Carol of the Bells:

When it comes to the scope, we should mention "Shchedryk" in an epic performance by Trans-Siberian Orchestra:

A melodic TV-version of 1993 by David Foster with the participation of ballet dancers and Tina LeBlanc, a founder of the ballet studio SF Ballet School:

Another version of "Shchedryk", which combines the art of music and dance. At the piano – a famous American pianist Jennifer Thomas.

Let us proceed to the instrumental versions.

ThePianoGuys gain the garland by the number of views on YouTube.

Each of the instruments reveals in its own a familiar Christmas melody and adds a unique and original sounding.

"Shchedryk" in an Irish motif by the band Celtic Woman:
Non-traditional performance of the Christmas carol by the band The Last Bison:

"Shchedryk" on balalaikas by the band "Bryats-band":

The quartet "Asturia" performed the carol on stringed instruments.

A separate niche is occupied by jazz interpretation of the favorite Christmas song. We offer the most original versions.

A light jazz version by Olu:

A version of "Shchedryk" by JT-FRESH:


And here is "Shchedryk" in rather unexpected genres.

Metal-version by the guitarist George Acker:

And we can’t do without dubstep!

Sparkle of Christmas lights accompanied by dubstep-version by Arion:

And classical performance of the Carol of the Bells.

There are also unusual covers of "Shchedryk".

For example, the American teenager Kent Jenkins made a wind instrument of pipes and performed the most famous Ukrainian song on it.

Or, say, NBA basketball players, who proved that they are able not to simply run around the playground.

Nobody knows what inspired the musicians Dan Hicks & The Hot Licks, but this is how they imagine the Christmas song:

Unexpectedly, but nice to come across a version of the Carol of the Bells in a sign language interpretation in the list of videos.

As well as to hear "Shchedryk" in Ukrainian sang by the Chinese girls:

And, perhaps, the cutest performance from the trio of little ballerinas:

In addition, the Bandura Style project suggests an interpretation of "Shchedryk" in a unique sounding of bandura.

Ukrainian musicians did not turn their backs on the well-known Christmas carol - listen how magically "Shchedryk" sounds on our colorful instrument.

A famous Ukrainian bandura-player and innovator performed "Shchedryk" together with a famous guitarist Al di Meola.

A Ukrainian band that plays in the style of Cossack rock (or heavy-folk) presented their own interpretation of the carol, where you can hear bandura along with the electric guitar.

An author's fantasy on the theme of the Ukrainian ceremonial song written by the Ukrainian bandura player in the style of modern club culture, suggests having a look at a familiar work from a new angle.

An atmospheric "Shchedryk" from the bandura player Tatiana Mazur and the accordionist Serhii Shamrai. The band combines in the work the arrangement for bandura by Yaroslav Dzhus with dynamic club rhythms and panoramas of the Christmas Kyiv.

A combination of folk art with jazz - this is "Shchedryk" from the modern orchestra of folk instruments.

The band that performs modern Turkish, Egyptian and Latin American rhythms that won’t simply let you sit still, presented their version of "Shchedryk".


National Chapel of Bandura-Players of Ukraine

The greatest by the number of bandura-players Ukrainian version of "Shchedryk", in the intro improvises a bandura-player and innovator Ivan Tkalenko.

One of the first performances of "Shchedryk" on bandura. A record from the album "A holiday of Christmas. Ukrainian Christmas" 1981.

Another club version of "Shchedryk" from charming graduates of the Tchaikovsky National Music Academy.

A colorful sextet of bandura-players combines in "Shchedryk" a sounding of the Ukrainian bandura with a club track in the style of progressive house.

And finally - the carol from the youngest bandura players. "Shchedryk" interpreted for bandura by Dmytro Bachynskyi performed by the students of Kamianets-Podilskyi F.D. Khanitsky Children’s Musical School.

Source: www.bandurastyle.com
Online Translation Center NOBBY
If you noticed any mistake or inaccuracy select the text fragment and press Ctrl+Enter. 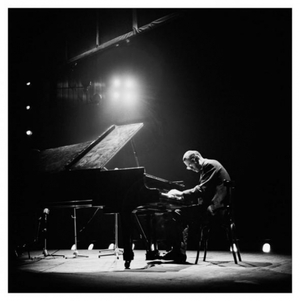